The history of the Parkhotel Brenscino Brissago

A way “back to the future”

he foundation walls tell a history of more than 100 years.

The house, which was originally a villa with eight large halls, an annexe and a park of almost 12,000 square meters, was, after the acquisition by the trade union of the Swiss Federal Railways (SEV) rebuilt and opened.

1913 as a spa house with 20 rooms and a unique view of Lake Maggiore the hotel opens its gates. The house quickly becomes successful and receives a dining room just one year after its opening. In addition, the post office also provides a horse-drawn carriage service from Locarno. 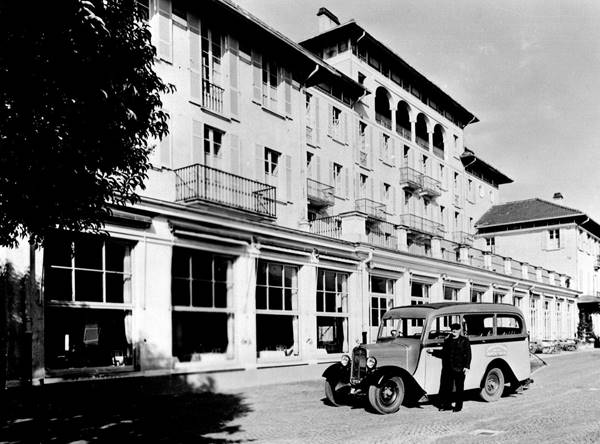 1917 the railway union decided to convert the “Brenscino” into a vacation home. Planned are an own
access road and connection to the water supply of Brissago. The start of the reconstruction is delayed
because of disputes over the award of the project to Zurich architects. Finally, the construction is supervised from Lugano and St. Gallen and 1922 the work was completed. In the years that followed, the trade unionists bought an additional parcel of land almost every year. This gives rise to the desire to develop the “Brenscino” further. Running hot and cold water are connected to the guest rooms and the heating is converted from coal to oil. The dining room is enlarged to 100 seats. Further innovations have to wait since the union invested into a hotel at Lac Léman. 1949 the long-awaited expansion takes place. An annex with 16 guest beds and a conference room are built. Two years later, the post bus from Locarno takes guests all the way to the doors of the vacation home. A bowling alley and parking grounds are added. Since the 20s, many guests have been coming especially during the winter months to Ticino. With time, however, the winter tourism completely diminishes, and the hotel remains from November 1965 to February 1966 closed for the first time. This time, however, is used to renovate the now 60 guest rooms and the kitchen. Starting in 1974 the hotel is closed every year from December to March.

Between 1975 and 1978, the “Brenscino” was completely renovated and a new building was added. The dependance and a part of the old building have to give way partly because of dilapidation. 176 beds are available after the reno- vation. Since the rooms in the new building, with own shower, WC and balconies sell so well, the union decides to go ahead with a second major construction phase. The conversion work will take three years and 1985 the entirely renovated hotel opens with a completely renovated old building and a fifth floor with spectacular view over the Lago Maggiore. In April the hotel, including a tennis court and a parking garage, is inaugurated. 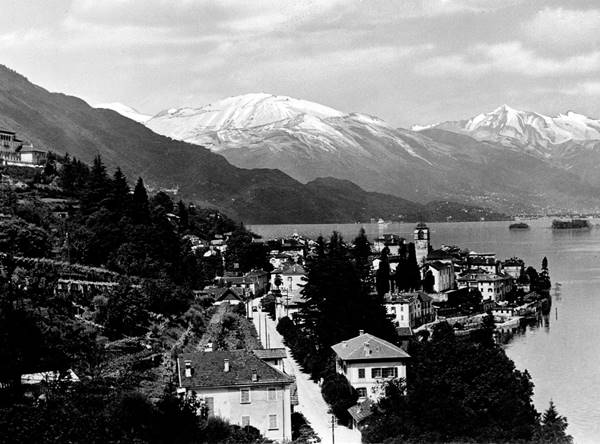 1986 the “Brenscino” gets new management and the vacation home becomes a modern park hotel, which increasingly also attracts non-unionized travelers. The botanical park gets larger and has impressive old palms and trees. In this time the pool area with paddling pool and a bar are added.

After the turn of the millennium the Parkhotel Brenscino Brissago is adapted to the increasing needs of its guests. Conventional rooms become superior rooms, family suites and junior suites. The standard rooms are also modernized. As a result, the family-friendly hotel is classified as a three-star superior hotel in 2012.

2013 the Parkhotel Brenscino Brissago celebrates its 100th anniversary and hopes for a sustainable revival of the bu- siness, but the hotel is suffering from the difficult year 2015 and the union decides
to sell the hotel in 2016.

In January 2017, the Reka Swiss Travel Fund Cooperative takes over the Parkhotel Brenscino Brissago, now with 83 rooms, and operates it together with their vacation apartments as their first own hotel in Switzerland.

Meanwhile there is a pizzeria next to the restaurant, which was renovated. Reception and Lounge got a new face and the entire technology was upgraded: WLAN, TV, - and telephone systems are up to date and thus the “Brenscino” is again equipped for the future.